A federal court ruled Thursday that a northern California high school did not violate the constitutional rights of its students when school officials made them turn their American flag T-shirts inside out on Cinco de Mayo or be sent home due to fears of racial violence.

The three-judge panel unanimously decided the officials’ need to protect the safety of their students outweighed the students’ freedom of expression rights. 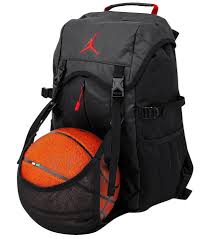 The attorneys for a Miami Northwestern Senior High School student who brought a loaded gun to school in 2011 argued that school administrators had violated his constitutional rights when they unreasonably searched his backpack.  The attorneys fought to keep the weapon from being used as evidence in the case.

But in an opinion released Thursday, a state appeals court ruled the search was reasonable.

Catholic School Sues Obama Over HHS Mandate: He’s Forcing Us to Violate Our Faith
www.lifenews.com
Alliance Defending Freedom attorneys have filed a federal lawsuit against the Obama administration on behalf of Ave Maria School of Law in Naples, Fla. The lawsuit challenges the constitutionality of the administration’s mandate that religious employers provide insurance coverage for abortifacients, sterilization, and contraception to employees regardless of religious or moral objections.
http://www.lifenews.com/2013/11/14/catholic-school-sues-obama-over-hhs-mandate-hes-forcing-us-to-violate-our-faith/
—————————————————————————————————–

5 facts about the U.S. Supreme Court’s public prayer case
www.pewresearch.org
Today, for the first time in 30 years, the U.S. Supreme Court will consider a constitutional challenge to the practice of legislative prayer. Here are five facts about the case.
http://www.pewresearch.org/fact-tank/2013/11/06/5-facts-about-the-u-s-supreme-courts-public-prayer-case/
Practice Areas